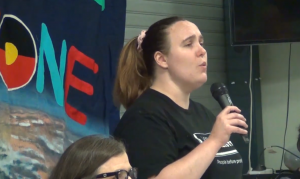 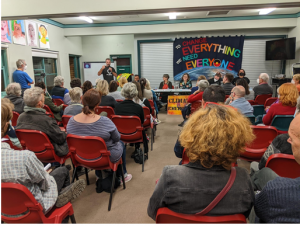 Watch the candidates vying to represent the seat of Cooper outline their personal and political commitments to act on the climate emergency.

Candidates speaking at the forum include the current sitting member, Ged Kearney from the Labor Party, Celeste Liddle from The Greens, Adrian Whitehead from the newly formed Fusion party, Kath Larkin from the Victorian Socialists and Rabin Bangaar from the Animal Justice Party. The forum was moderated by Emeritus Professor Judy Brett, resident of the Cooper electorate, political historian and author of From Secret Ballot to Democracy Sausage. The event was organised by Darebin Climat e Action Now (DCAN) and supported by the Darebin Climate Alliance – an alliance of over 25 groups and community members taking action for a safer climate.